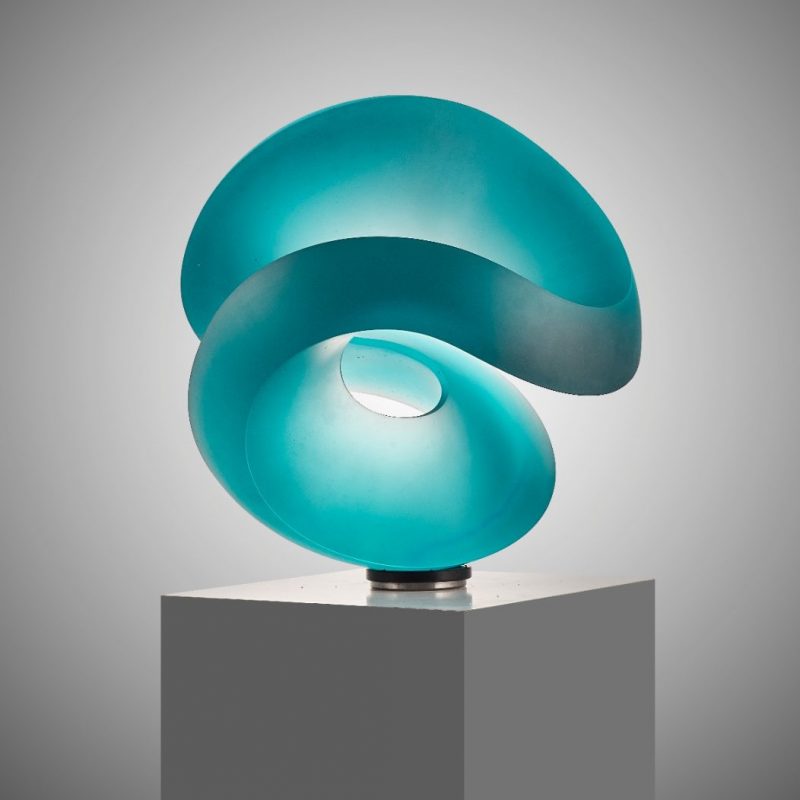 The Rising Value of Glass

By Jay Scott on Saturday, September 12th, 2020 in News. No Comments

Habatat Galleries has specialized in glass sculpture since the early 1970’s. The gallery opened in 1971 and just a few years later decided to specialize in glass sculpture to help promote the new “Studio Glass Movement”. Glass sculpture, up until the rise of the Studio Glass Movement in the United States in the 1960’s, was done in factories by teams of workers. This new movement now focused on the individual artist, making one-of-a-kind work, and working out of his or her’s own studio most of the time. Different techniques beside the traditional blowing & casting of glass, started to be used, such as flame working, slumping, fusing, hot sculpting & cold working.

The first pieces produced by artists from this new Studio Glass Movement were very modest in price, usually ranging from $100 – $1000 though these prices didn’t stay that way for very long. This new movement captivated collectors and artists alike. The movement spread around the world and flourished. By the late 1980’s glass sculpture was starting to be found in major museum collections as well as high profile private collections. Glass had been viewed as a “craft”, not a fine art up until this time, but had now broken through that barrier. European artists like Stanislav Libensky & Jaroslava Bryctova and American artists like Dale Chihuly & William Morris, were now selling their sculpture for $25,000 to over $75,000.

Then the 1990’s arrived. Glass was now an established fine art. Work being made was selling as high as $300,000 and rising. Major corporations & companies had now added glass into their collections. Major fine art collectors are now taking notice. Artist, Dale Chihuly is now a household name, known throughout the world. Glass sculpture is now being considered an investment, not just a beautiful object. As we progress into the 21st century, some glass sculpture is being sold for as high as a few million dollars. Artists have taken the medium to new heights, with more complex techniques than ever. They continue to push the medium and find different ways to make beautiful fine art sculpture.

If you are an investor and not just an art collector, think about adding glass to your collection. It is a medium that is here to stay, and will increasingly grow in value over time. Plus, the beauty glass adds to any room, will not disappoint.