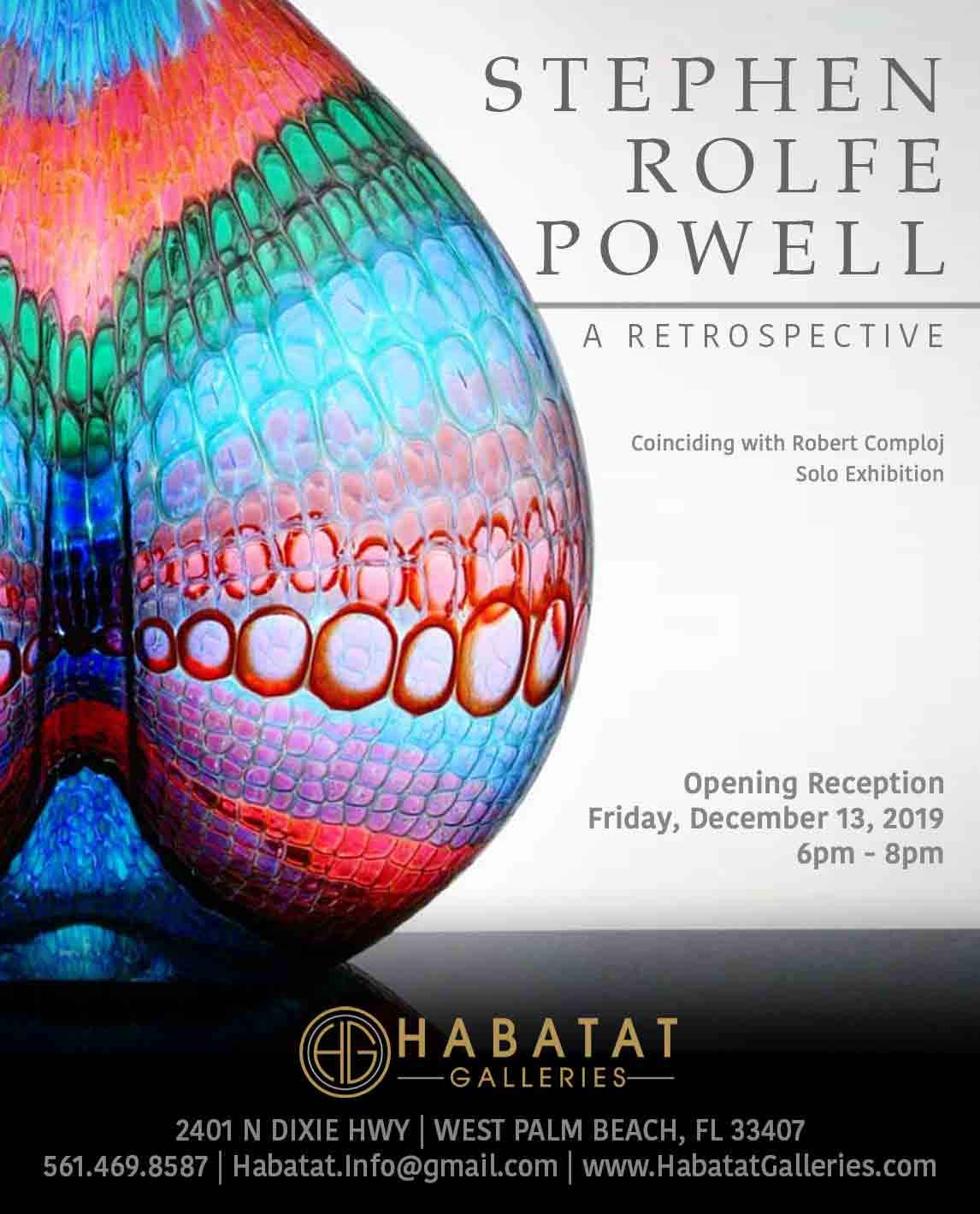 Join us at the gallery on Friday, December 13 at 6pm as we celebrate the life of Master Glass Artist Stephen Rolfe Powell at our Retrospective Show.  This will be coinciding with our Robert Comploj Solo Exhibition.

Stephen Powell was born in 1951 in Birmingham, Alabama.  After receiving a Bachelor of Arts in Painting and Ceramics at Centre College, Powell went on to earn a Master of Fine Arts in Ceramics at Louisiana State University. It was while at LSU, between 1980 and 1983, that Powell had his first experience in glass blowing. Glass became a full time obsession for him, whether he was teaching it or producing his own work.

Powell has exhibited his work nationally and internationally. He has participated in workshops, demonstrations and lectures all over the US, as well as in Russia, Ukraine, Australia, New Zealand, and Japan. He has demonstrated at several Glass Art Society conferences, and at the 2002 Olympics in Salt Lake City, Utah. The highlight of his travels was an exhibition of his work at “Venezia Aperto Vetro” in the Palazzo Ducale in Venice, Italy, where he was one of only eight American artists invited.

Powell’s greatest impact has been in the Art Department at Centre College in Danville, KY. Powell was hired by Centre College in 1983 to teach ceramics and sculpture. By 1985, thanks in part to Corning Glass in Harrodsburg, Philips Lighting in Danville, and Corhart in Louisville, he had built a glass studio and founded Centre’s glass program, which has attracted prospective students from around the country.